Macon County, in Northern Missouri, sits at the crossroads of U.S. Highways 36 and 63. The county is home to just over 15,000 people, of which about one-third live in the City of Macon. Its major employers include Con Agra and Agri-Genesis, as well as other hospital, government and public entities.

The county has a large 120 acre certified industrial park. This Missouri Certified Site is shovel-ready, and is home to several companies.

The Macon County, Missouri region provides competitive advantages for businesses looking to relocate or expand, including:

Within 500 miles (one-day’s drive) of Macon County, companies are able to reach over 70 million people, over 21% of the US population. This includes the large metro areas of: 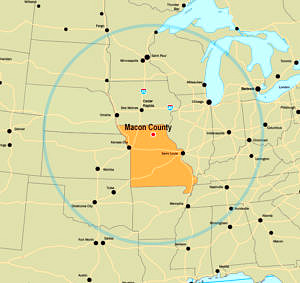 Your connector, facilitator and partner.  From businesses looking to start, expand or to those looking to relocate to the Macon County Region — including the cities of Macon, Atlanta, Bevier, LaPlata, New Cambria, Callao, Elmer and Ethel. 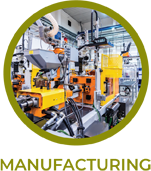